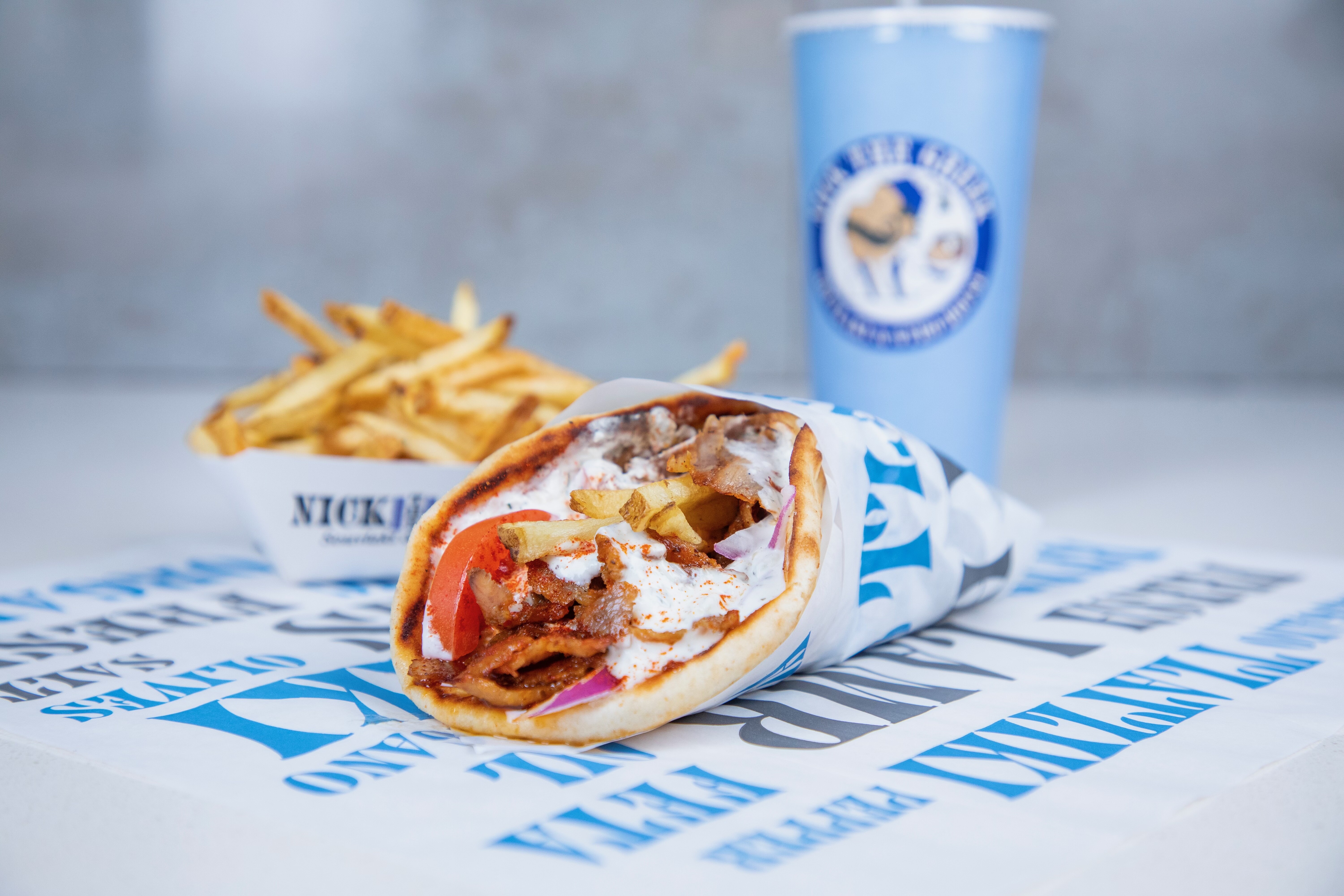 Nick the Greek in Westwood is the best way to travel to Greece.

Nick The Greek in Westwood has recently opened on October 8th, and it is the perfect way to transport your taste buds to Greece, away from the flavors of Westwood. With an affordable Grecian menu and culturally on-brand aesthetic, Nick the Greek provides customers with a trip to Athens right in the heart of Westwood.

Nick The Greek began in San Jose with three guys named Big Nick, Little Nick, and Baby Nick. The Nicks had the right ideas because it turns out that the Bay Area agreed with them. Their popularity helped them open up 15 locations in the area, but they didn’t stop there. In May, Nick The Greek was able to move down to southern California, and they opened a spot in Ventura. Apart from the Westwood location that opened this month, they also planned to expand their authentic street food to Santa Monica and Thousand Oaks in February. Their traditional roots in Greece inspired them to open up a street food service that serves up authentic souvlaki and gyros. The prices are very affordable, and the meals are made to order. An excellent place for lunch, Nick the Greek offers Greek fries that are a must when one can order a pita or gyro. The atmosphere is amiable, and the aromas are as enticing as the food itself. Nick The Greek decides to open up beer and wine on tap, including White Claw and other seltzer drinks. Unlike other locations, the Westwood location is an ample space for students to gather. Nick The Greek’s most popular item is the Beef and Lamb Gyro sandwich with bowls, plates, and falafel. Not only is the meat lean, tender, and perfectly seasoned, wrapped in a pita, complemented by cool tzatziki sauce, and dusted with paprika, but their addition of French fries places this gyro at the top of the customer’s list.

As travel is limited during COVID times, Nick The Greek gives one’s senses a trip to Greece. This will be one’s go-to place in Westwood to satisfy the itch to travel during these difficult times. To learn more about them, get connected to them on Instagram at @nickthegreek. 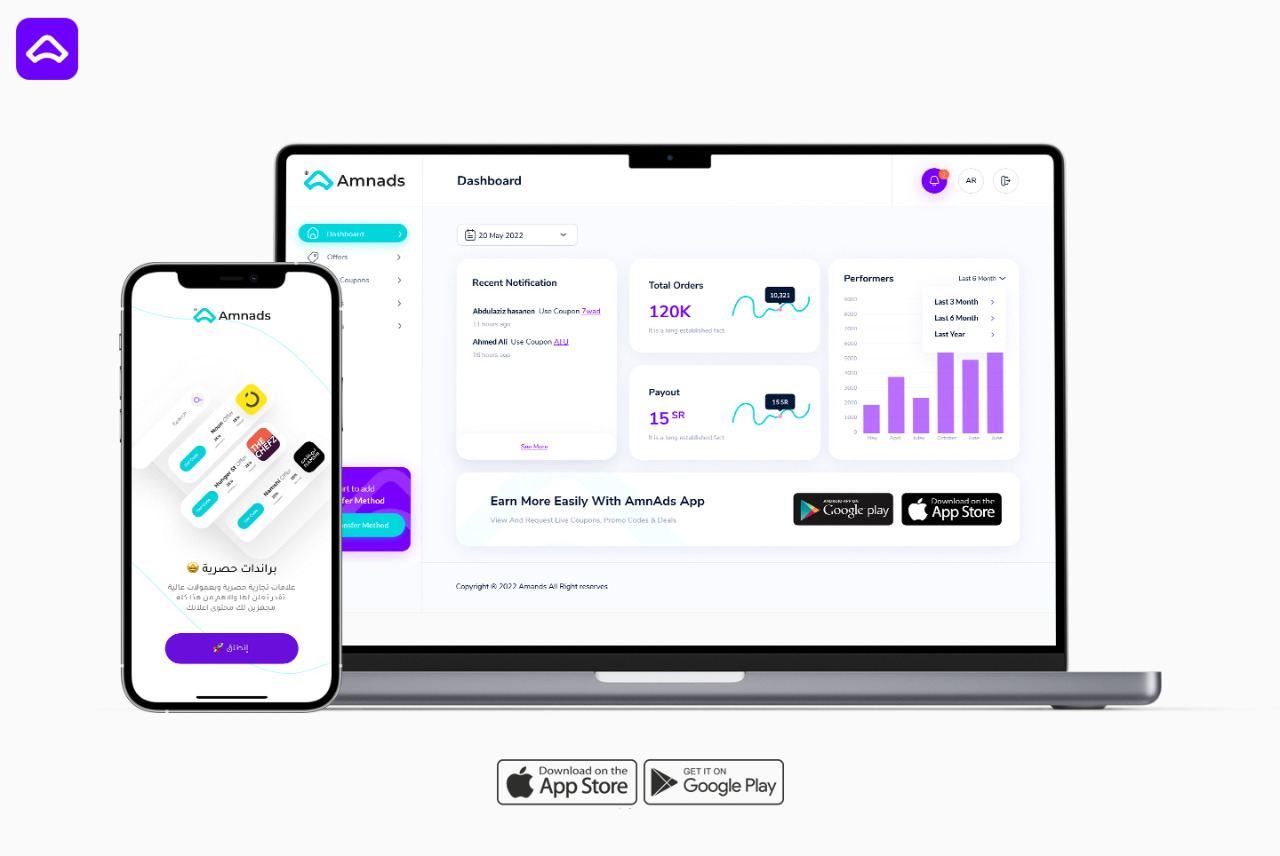 According to recent studies, the influencer marketing sector increased from $1.7 billion in 2016 to $13.8 billion in 2021, with a projected market growth anticipated to reach over $16.4 billion. This growth demonstrates the success of business and brand uptake.

Platforms like Amnads offer a better method of connecting with influencers, enabling companies to select the appropriate influencers for each sector, deal with them directly through the platform, and guarantee success.

Amnads was founded at the beginning of 2022. It has since significantly expanded with over 3,000 influencers and expanded its services across the Middle East. It plans to extend its reach to North Africa as well. Amnads promotes and develops the operational business of advertising through influencers, enabling owners of online shops and applications to advertise with a commission per order. Amnads enables operators of online shops and software apps to provide value for brands and influencers. With the aid of a team that specializes in influencer advertising, the platform gives its clients access to a sizable number of active influencers throughout the Middle East.

Amnads uses a variety of strategies, most notably commission-based marketing, to make it easier for influencers to run advertising campaigns. Also, Amnads’ enormous network of active publishers enables advertising to reach an infinitely large potential market. To exploit the app’s limitless potential, you can sign up as an advertiser on Amnads. Additionally, the committed Amnads team of marketing experts will assist you in matching your brand with the most appropriate influencers to further your objectives.

Amnads stands out as one of the few risk-free marketing platforms. Their adaptive analytics and follow-up procedures, which substantially remove the possibility of setbacks, greatly enhance this. Amnads will give you information on the results of the development of your campaign for efficient procedures and achievement of the intended results. This is made possible through a thorough and precise report of events. The Amnads team will then continue to manage and keep an eye on your campaigns and advertisements to ensure that everything is completed on time.

Because their followers tend to trust influencers’ recommendations, Amnads helps these influencers gain a sizable following with a profound influence on their purchasing decisions. This gives businesses and brands a fantastic chance to market their goods and services because it shows that they rely on experts in their respective industries.

Continuous innovation and adaptation will continue to be essential areas of focus for the Amnads app as they move forward. The goal is to develop and incorporate new technologies for improved platform usability and efficiency. Amnads has the same goal of dominating the advertising market by assisting in its regulation.

Aliyah Dastour Builds a Lucrative Business During a Recession 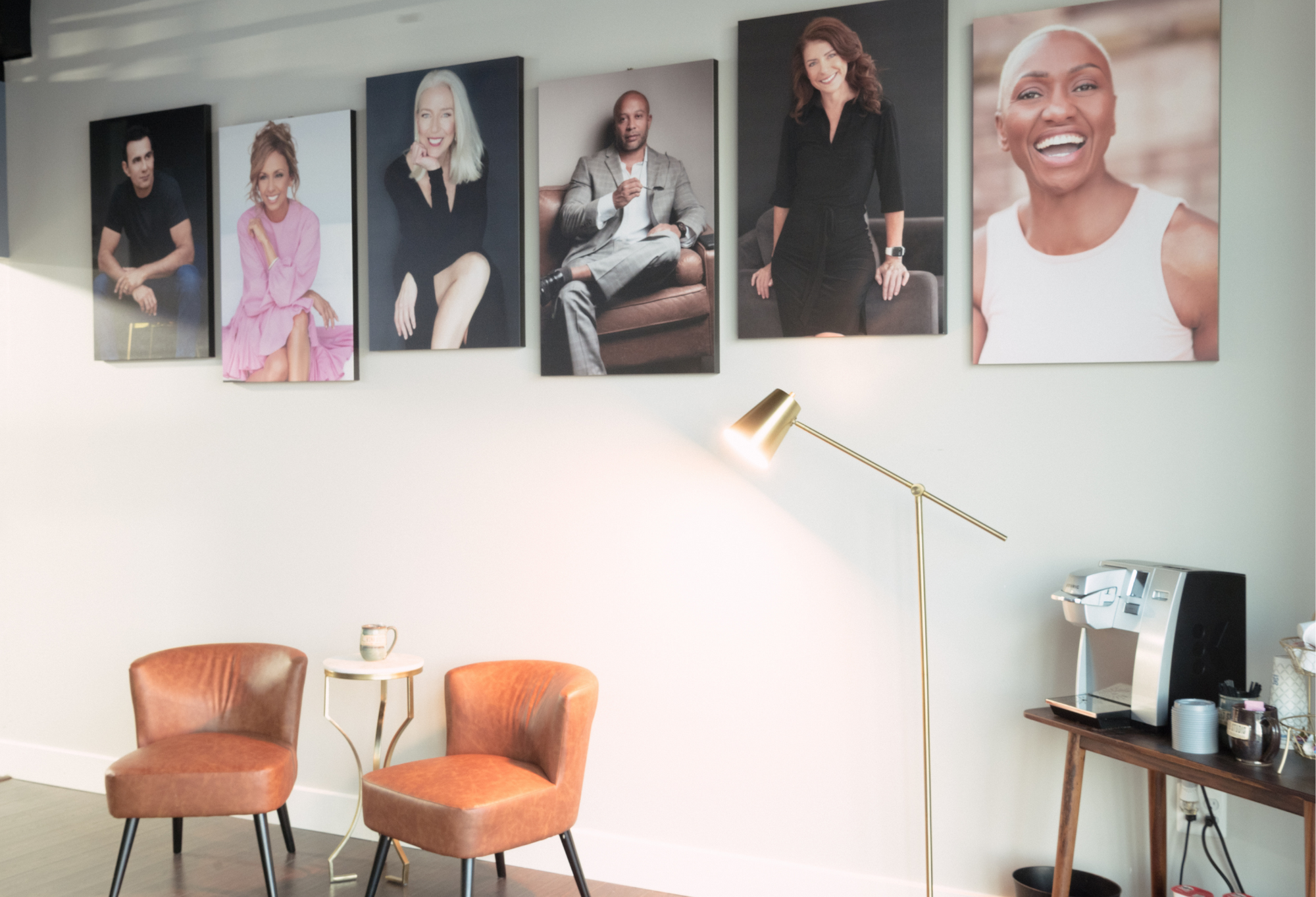 A recession is a major drop in economic activity and can last for months—or years, in the worst case. Authorities announce a recession when a country’s economy struggles, experiences a negative gross domestic product (GDP), a high level of unemployment, manufacturers make fewer sales, and the nation’s inclusive economic productivity goes down. Recessions are an inevitable share of the business cycle and depend on multiple factors, such as an unexpected economic shock, asset bubbles, too much inflation/deflation, high-tech change, and unwarranted debt.

Aliyah Dastour lost her job during the last recession. Unfortunately, she also lost her marriage as she divorced her husband around the same time. With her growing need to make a living and feed and care for her young daughter, she shifted to Virginia and secured a job in an afterschool program, ‘Casa,’ where she would take care of kids whose parents were working and couldn’t pick them up straight after school. She used to earn $17 per hour, which was not even enough to cover her bills, causing her to illegally bring her daughter to work to cut down on babysitter costs.

Aliyah was a supervisor at Casa for four years and loved her job—she enjoyed the work and loved kids. She needed a camera to take photos of her daughter and saved up $500 to purchase it, eventually buying one off Craigslist. Aliyah would take the camera to work, snap pictures of the kids, forward them to their parents, and print out portraits. This aroused the passion she had for portrait photography since she was a teenager. The kids’ parents were fascinated with her work, would pay her for the pics, and even invite her on location to take more of them—and the rest is history.

Aliyah is now a headshot photographer, has been in business for over a decade, and opened up multiple studios in the Northern Virginia area. She is also helping other photographers do the same. What makes Aliyah’s work unique is that she not only focuses on headshots—she makes her money serving clients while teaching/coaching. “We also focus on our numbers without including physical products to sell like most high ticket photographers, and we offer digital images,” Aliyah states.

Aliyah’s entrepreneurship journey, however, has not been a bed of roses. Luckily, she

worked through it and overcame the challenges. She is quoted saying, “At the beginning of my business, we were living month to month while I was trying to support my family. From having my car repoed to not being able to afford a coffee at networking events to hoping, as it was a holiday weekend, they wouldn’t turn off the electricity since the bill was overdue. I overcame this by trusting in the journey and working from 4 am to 8 pm trying to do it all.”

community project called The Loudoun 100 Project. She has also built a successful business as a studio portrait/headshot photographer and donated over $100K to the community through nonprofits. Aliyah envisions over 1,000 other photographers using the system she has built to help them reach the freedom she finally has in life. She also plans to travel the world building hospitals and orphanages, something she has dreamed of doing since she was a little girl. 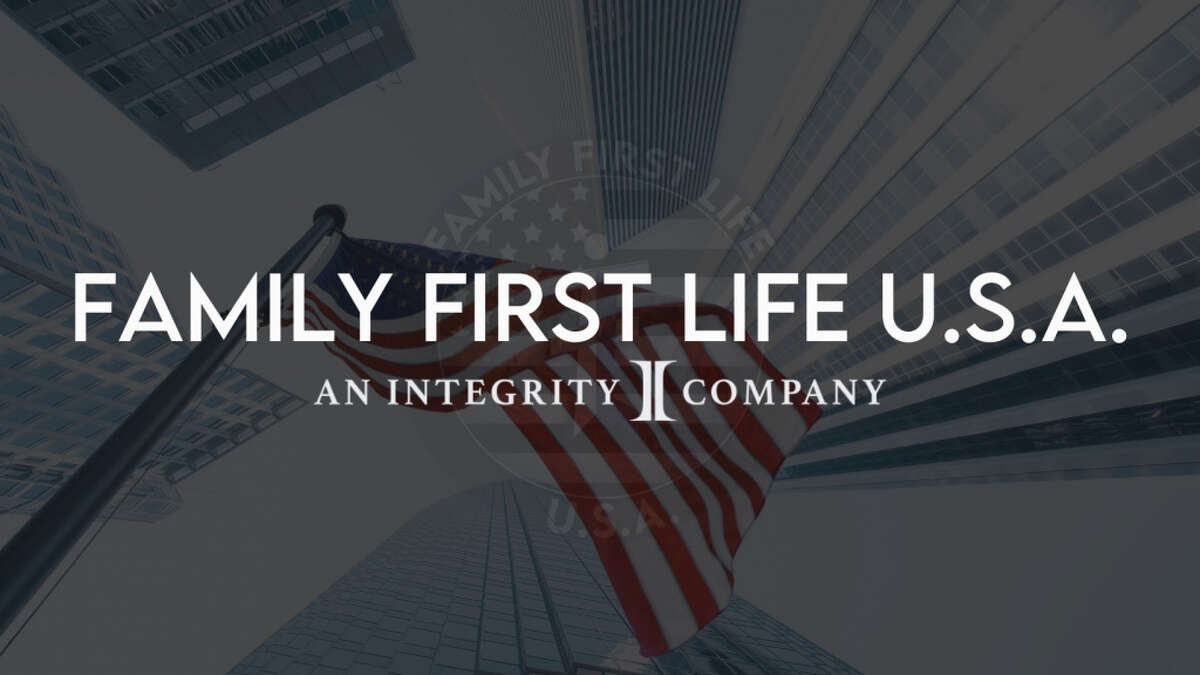 Being a life insurance agent can be rewarding, but it also goes without saying that it’s much more challenging than your usual office job. It’s highly competitive, takes a lot of confidence, and comes with lots and lots of rejections. It’s a hard industry to thrive in, which is why without professional help it’s virtually impossible to make it big as an agent. This is where Family First Life (FFL) is different.

FFL is an Independent Marketing Organization that provides guidance and support to agents in the field. They help them provide final expense life insurance, mortgage protection life insurance, and retirement planning to clients while securing financial freedom for themselves. Unlike other agencies, FFL offers resources and benefits that you can’t easily find anywhere else.

One of the most well-known life insurance agents in the U.S. today, Andrew Taylor, can attest to how FFL has changed his life. Before joining the team, he was a grocery bagger who was barely earning enough to pay his accumulating debt. This was when he realized that he will never attain financial freedom if he’s going to settle for less.

In 2014, Andrew decided to partner with FFL and he couldn’t be more thankful for the IMO’s help in boosting his career. Unlike other companies, Family First Life offered free training, leads, and high compensation levels. The team also welcomed him warmly and he was treated with respect from day one.

Fast forward to today, he’s now the founder and president of FFL U.S.A. and he became the youngest partner of Integrity Marketing Group (IMG). He has sold millions of dollars in insurance, run tens of thousands of appointments, and helped thousands of agents become successful in the industry. He’s also respected and looked up to by many on Facebook and Instagram for his expertise.

Andrew is not the only one enjoying success. Other life insurance agents credit their success to FFL on Facebook, Instagram, and YouTube. Along with the clients, they are the company’s priority, and it’s system works to their benefit. If you want a company that will guide you through your journey in the life insurance industry, FFL is what you’re looking for.

Family First Life is where many of the country’s best life insurance experts gather to use their knowledge and years of experience to educate aspiring agents. They have a solid plan for agents that will guarantee them success in the field as long as they put in their best effort. This is something that FFL will always emphasize. The company will be with you to provide you the necessities, but you will have to put in the consistent work.

Thousands of life insurance agents have experienced financial freedom thanks to the guidance and resources provided by Family First Life. To reach more people, the company has opened multiple offices across the country. In the future, the IMO aims to continue dominating the life insurance industry and continue providing the best of the best to its agents and clients.