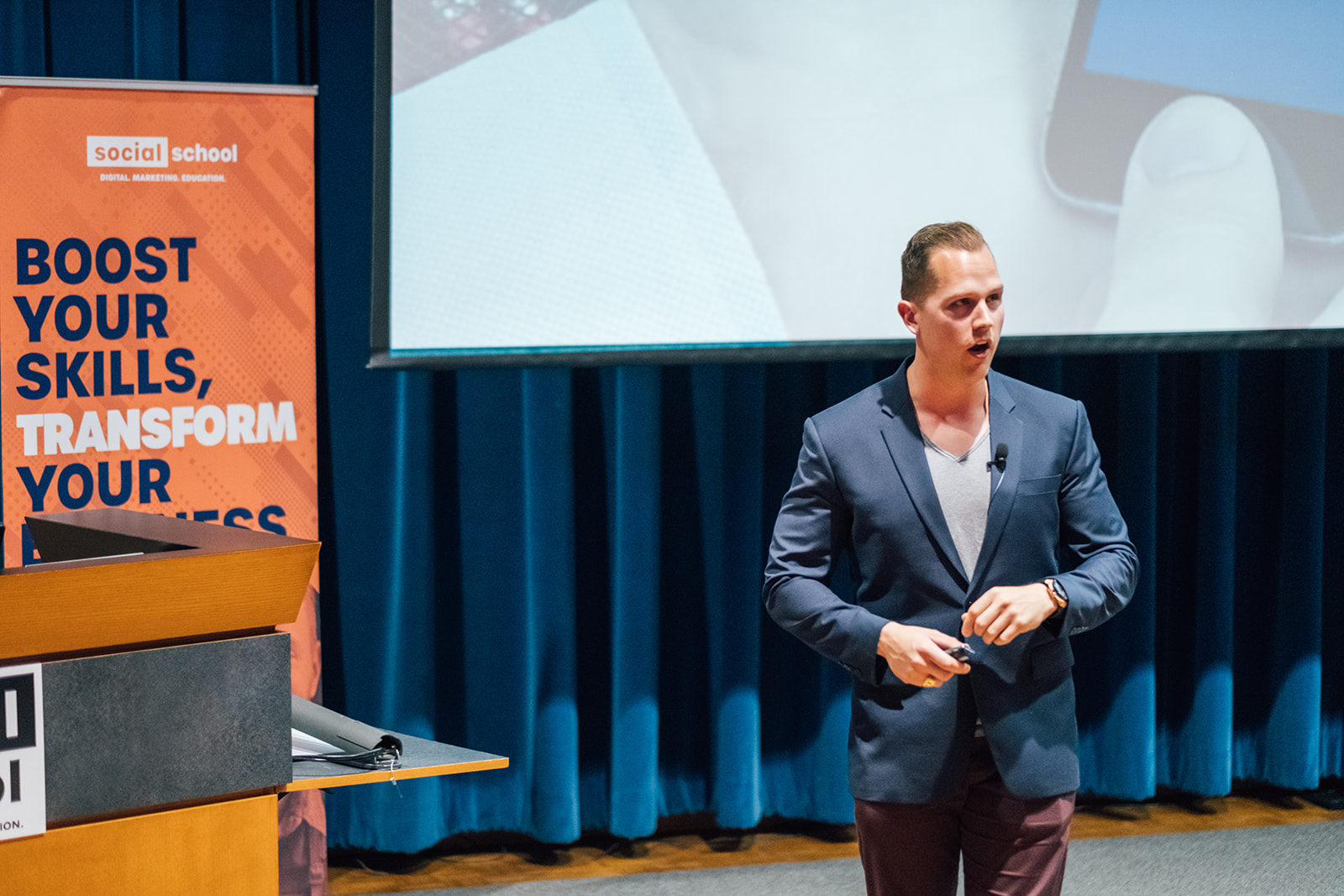 Gone are the days of simplicity and honesty. Nowadays, the world we live in today is full of frauds and people who are trying to make some quick money by deceiving you, because they know they won’t be otherwise able to survive in this extremely competitive industry. In such times, it is very difficult for us, as consumers, to be able to differentiate whether we should really trust or we are just making a fool of ourselves. This is why we need recognized and renowned experts to guide us in our ventures.

One such individual who ticks all these boxes is Mike Sherrard, a professional real estate agent, who is also a social media coach and a content creator. It is quite interesting to note how Mike Sherrard has seamlessly and successfully tied the two polar opposite categories of social media and real estate in a way that benefits them both. Mike is an active member on several platforms such as YouTube, Instagram, Facebook and even has his own website. His content mostly gravitates towards trends and facts in the real estate industry and don’t assume that there aren’t many people who are interested in this kind of thing! In fact, Mike Sherrard has over 23k followers on his Instagram account, all of which can be credited to his knowledge about the real estate market and his ability to simplify contents and represent it in a manner that is both easily digestible and entertaining while being entertaining at the same time.

Apart from catering to potential clients, Mike Sherrard also focuses on sharing his knowledge with other realtors and businessmen. There are many tips he has to share since he has amassed several ideologies over his years as a successful agent. Mike Sherrard is one of the leading coaches at eXp Realty, one of the most renowned agencies in the industry right now. To date, he has helped over 3000 realtors understand the ins and outs of being successful in such a job, by encouraging them to find their own niche instead of just following the norms:

If you want to know some more innovative tips and tricks to understand and being a part of the real estate industry, you might really want to stay connected with Mike Sherrard. He loves hearing from those who are interested in his content and always make sure to follow up with those who message him, therefore you do not need to be worried about getting a response. The links of all his social media platforms have been provided below:

Jessica Mack teaches you how to take charge of your life, starting with the food you eat

Taking over the world of social media advertising is ace entrepreneur Chris Chung.

How Giovanti Humphries Grew His Cannabis Conglomerate From Nothing 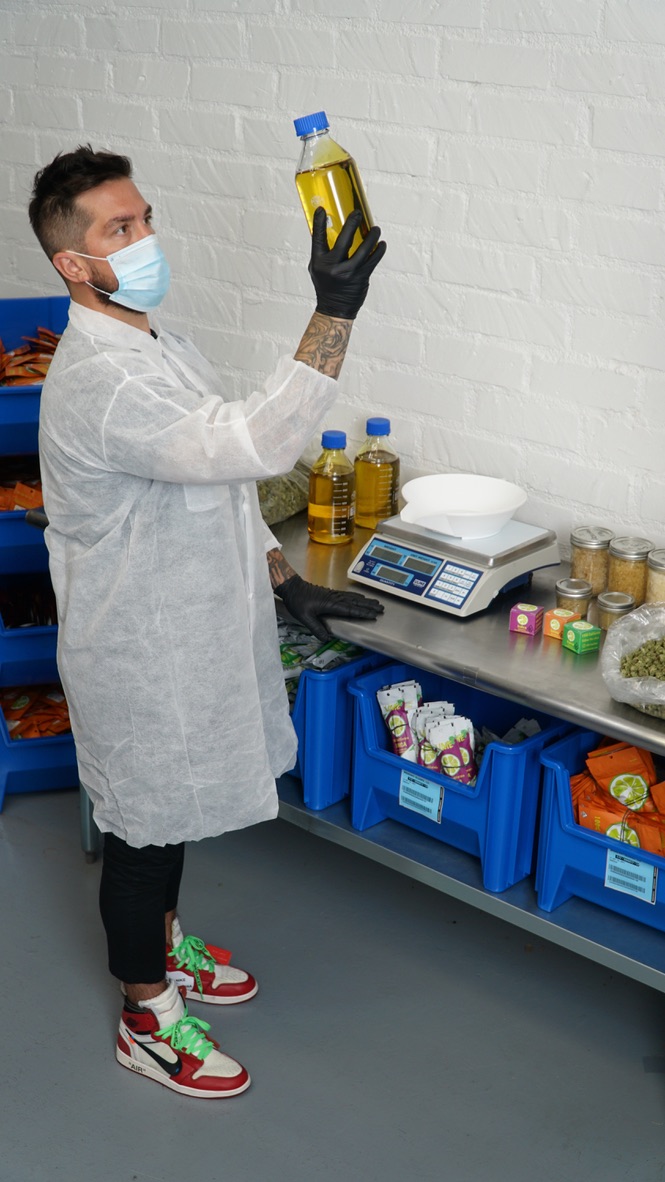 Being a first-generation American means the generation before you had to go through many difficulties to end up where they did. However, according to most people, the struggles end there for the coming generation, which could not be further from the truth. Financial, cultural, traditional, and other factors usually carry on into the first and even second generation of families, leading to some pretty difficult times.

As a first-generation American of Mexican, Native American, and German descent, entrepreneur and businessman Giovanti Humphries has had some pretty difficult moments in his life that he had to overcome to make his way in life.

His grandmother raised Giovanti and his 6 brothers and sisters. Growing up wasn’t exactly the greatest time in his life, and as he grew older, life started to become even more difficult. Giovanti was homeless at certain points in his life. However, the passion that fueled him kept it all going and led him to where he is today. He was the first person in his family to not just go to college but also to attain an MBA.

Graduating from the University of Miami at the age of 23, Giovanti’s success started there, and the hard times in his life were now starting to pay off. He became the senior vice president at Wells Fargo and then went on to become the vice president at City National Bank. To most people, these job titles are dreams to achieve, and if and when they do, they would do anything to stay there because these positions are not easy to come by, yet Giovanti hit milestone after milestone and kept on moving.

Giovanti’s next venture was becoming part of the first Initial Coin Offerings as the chief financial officer, and he started working with governments all over the world in discussions related to the adoption of cannabis via technology. Giovanti even worked with the SEC and some of the best law firms in the United States to navigate cryptocurrency legislation.

At this point, Giovanti knew that he wanted to work in the cannabis industry, so he went on as a chief financial officer and consultant for some of the largest cannabis companies in California.

After gaining heaps of experience and knowledge in the cannabis industry, Giovanti and his partner started their own cannabis company. Along with becoming vertically integrated in the first 24 months of operation, Giovanti’s company is on track to do a mighty $100M in sales in the near future. From someone who was often homeless, Giovanti has built himself into an entrepreneur who owns one of the fastest-growing cannabis companies in California.

Giovanti shares his wisdom with those who might want to do something of their own but might be afraid of the risks. He says that to make it big, you can’t be afraid to take risks and that everything you’ve ever wanted to achieve is on the other side of failure. Giovanti plans to build his cannabis company into a global conglomerate that includes brands, technology, and venture capital for new cannabis entrepreneurs.

Mikey Tanha is creating a lasting difference in people’s lives through Noble 33: 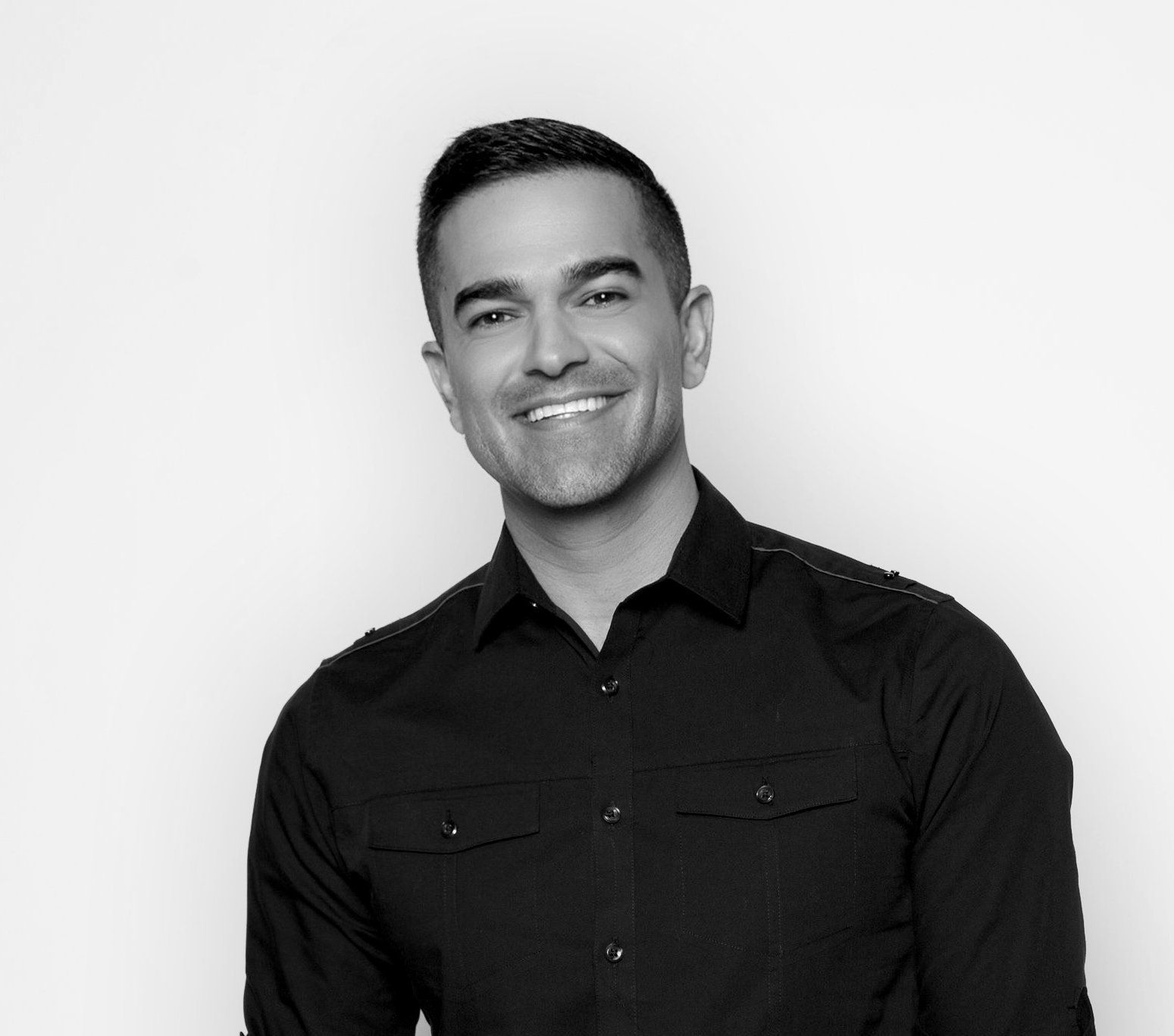 Noble 33 is one of the globally-leading premier lifestyle and hospitality companies, holding food chains such as Toca Madera and Casa Madera. The mind behind all this is Mikey Tanha, who has been in the industry since 2013.

Food is not the only thing that is offered by Noble 33, they provide a number of instrumental in theoretical performances every night for entertainment purposes. Where there is music and food, there is happiness. people also have the opportunity to enjoy special appearances and DJ performances in several locations. the experience at restaurants is something that is most talked about by the people, being a major source of attraction, but the food will make you go back again for sure.

Mikey Tanha has worked for Noble 33 for quite some time, making a permanent place in the company, and a rather important one. this organization came into the experience when the ideas of Mikey Tanha along with tosh Berman combined to give birth to one of the top high energy fine dining restaurants well known all over the world. Not just this, they had also opened the Madera group, expanding out greatly in just a span of five years, which currently has 22 restaurants actively working. Although revenue was the main target, it lies parallel to the feedback and experience of their guests, making them focus on their quality of products and services. with the best of these, they had earned around $100 million in revenue annually.

it might seem that the company visions must already be achieved provided their ventures, but they are just starting out. They plan on expanding further in Chicago, Dubai, Miami, New York, Las Vegas, Toronto, West Hollywood, and a few other places. all these are tourist spots with a high number of populations, indicating an increased rate of competition from other organizations. However, the Madeira group is confident that they will be able to tackle any hurdle provided their experience and dedication towards maintaining one of the best lifestyle hospitality organizations. starting out something is always rather easy than continuing to put in the same amount of effort regularly, maybe he has managed to constantly put in efforts to make his dream work and now he finally can see it happening.

There is a lot more to know about Mikey Tanha and he is sure to go on to do many more great things before he finally retires. Stay tuned with Mikey Tanha and his achievements by following him on his social media profiles linked below:

Emil Botvinnik Is A Market Leader In The Investment Space 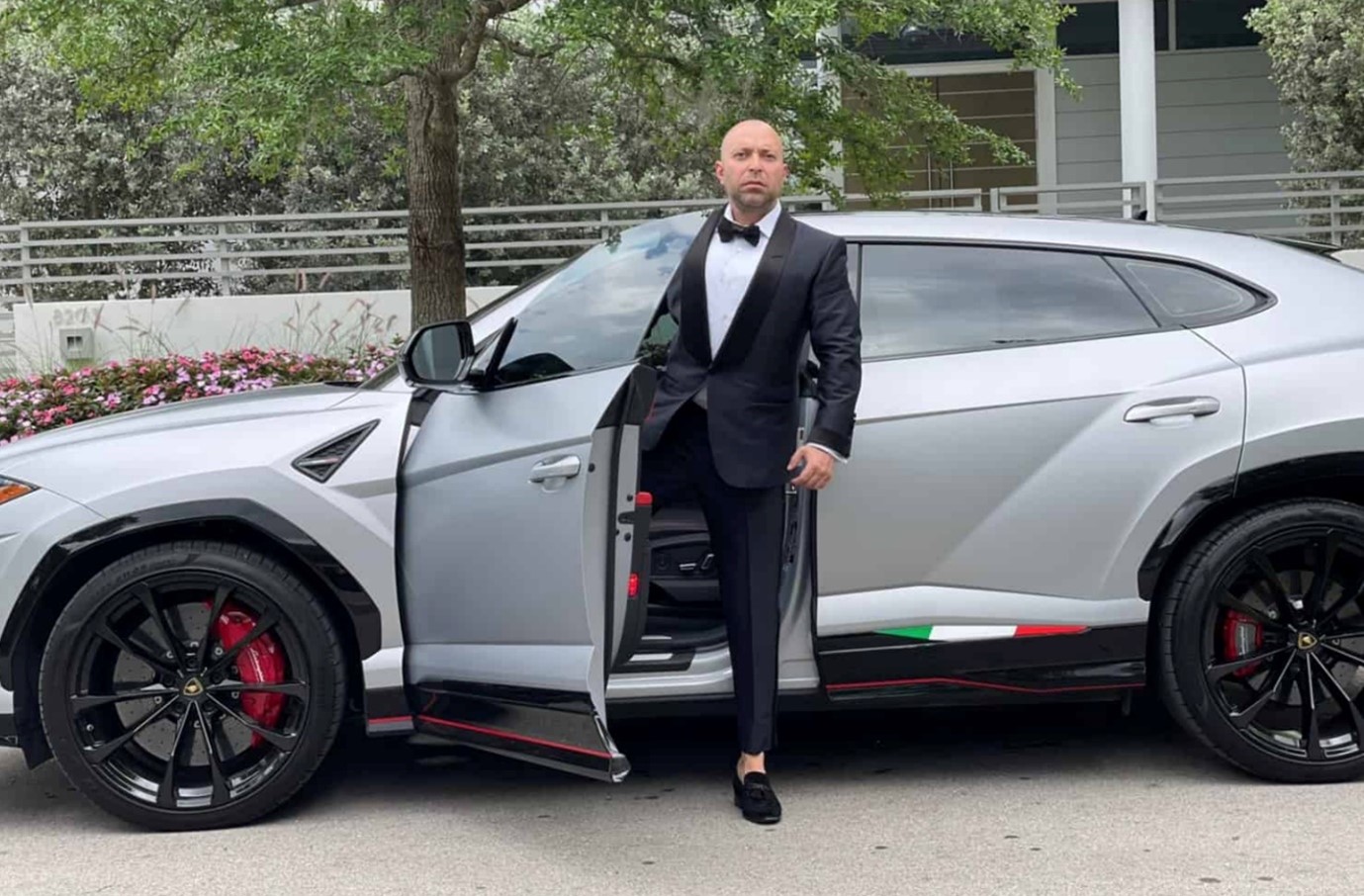 Not everyone is cut out for a role on Wall Street. It requires perseverance, patience, stamina, and determination. The churn rate for this industry is high, as most people can’t cope with the high levels of stress that come with it. Few make it in this field and one of those people is Emil Botvinnik. He achieved unprecedented levels of success in this hectic environment. For Emil, he is able to make prudent decisions in a short amount of time with much at stake. Many of the brokers he started his journey with are no longer in the industry. He explains that “A lot of fellow brokers I worked with at the first firms left the industry, they said the sleepless nights around the clock were too much to handle.”

Emil kick-started his career by working at several different brokerage firms, shortly becoming the top producer and soon became the top producer at each firm. To put into perspective, Emil was trading over 1.5 billion dollars in equities per month, an amount that is extremely impressive for a sole person to produce. This early success encouraged Emil to start his own firm, where he ran several offices with over 170 brokers. His firms were producing a high level of trading volume. Despite the strenuous environment he was in, Emil was not fearful of hard work. Instead, he felt like he was built for this type of life, and thrived under this pressure, which led him to be a multi-millionaire at 23. He explains that ​​ “A lot of people ask me how I handled the enormous pressure when dealing with such large amounts of money, I always tell them the same thing- pressure only fuels my competitive fire.”

Emil’s skillset and tenacity allowed him to thrive under pressure when the other brokers were dropping off of Wall Street. By keeping this drive, Emil has reached new heights of success in every step of his career.

Now, Emil is in a different sector in the financial space, where he uses his business acumen to achieve new success in private equity. To elaborate, he is a partner at a private equity group, which holds stakes in many different holdings all over the world. Throughout his career, Emil was tactical, and that allowed him to pursue other ventures and create premier services.