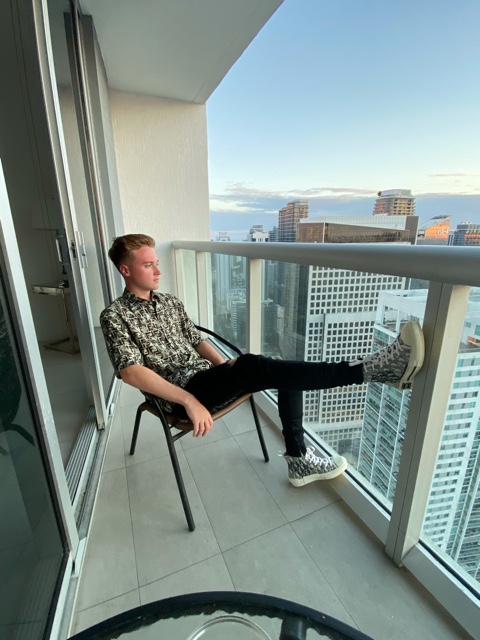 Some people may have different talents and abilities to pursue one or merge a couple to create a career path. But regardless of how multi-talented they are, there is always one thing they are more passionate about. And no matter how long they take, they will always find their way to fulfill it.

Brauch Owens, a gifted music star, is someone who went to the extreme of dropping viable careers in pursuit of their profound passions. Music has been part of Brauch’s life from a young age, and he grew up molding himself for the industry. Since his high school years, Brauch was already a DJ and dance music producer, which he followed through his college years. However, he later dropped this path and released music as Brxuch originally.

But true to Bret Michael’s words, “Passion supersedes everything.” Brauch is now back on the music scene, and he is swiftly announcing his name in the industry. A unique talent, Brauch makes the kind of electronic music that he always wanted to hear. A merge and twist of thrilling crazy, sexy, yet elegantly nostalgic melodies mold to his scars with a bass line that heals them.

This unique music sound is already winning him a loyal fanbase with over 20K monthly streams on Spotify. he also just signed a recording deal with Ascend Music Group for one of his upcoming tracks. Brauch has also served the industry with numerous hits, including “Cubicle,” “Electric,” etc. He is also working on his debut album and promises to change the shape of this genre.

Brauch believes that everyone has what it takes to make their dreams a reality. Being an Arsenal Football Club fan, Brauch firmly believes in Arsene Wenger’s words, “I believe the target of anything in life should be to do it so well that it becomes an art.” Borrowing from this quote, Brauch challenges other people to live to dream and not to dream to live. To him, you can be the person you want to be, only if you put in the necessary work. Besides this, he wants others to understand that it’s never too late to set new dreams and goals in life.

To learn more about Brauch check out his socials

How REV GUM Became a Global Leader in Caffeinated Gums